In most cases when a homicide occurs, and murder charges are filed, the offense is prosecuted in the state where the crime occurred. If you’re charged with murder in Texas, you’ll be prosecuted by the State of Texas. However, there are some instances where the federal government will pick up the charges.

If you’re facing federal murder charges you’ll need a specialized federal defense attorney. We can help. Our phone number is 281-280-0100.

When Murder Becomes a Federal Crime 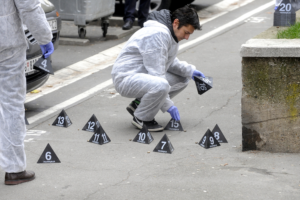 In general, murder charges aren’t tried in federal court unless they meet a certain criteria which we’ve listed below.

As you can see from the standards above, the federal government has many options to get involved in a murder case. Listed below are examples of how the above 4 can be applied to seemingly run-of-the-mill murder cases.

If a person kills an elected official, federal official/law enforcement, or the official died as a result of kidnapping or an attempt at such, the United States will pursue murder charges. Killings of the family members of federal employees for the purpose of intimidation, or retaliation, will also garner federal murder charges. The same is true if witnesses are killed to prevent their testimony or if any killing occurs to effect the outcome of a trial.

If a U.S. national is killed on waters anywhere in the world, the case falls under the jurisdiction of the federal government.

Extra felonious killings refers to the felony murder rule. If a murder occurs during the course of a federal felony a murder conviction will be pursued by the United States.

For example; if a person is killed during the course of a bank robbery, aggravated or by accident, federal murder charges will apply.

Killings by bomb devices sent by mail are extremely illegal, and are ferociously pursued the United States. This is a federal offense for a number of reasons. The main reason includes the use of mail service for the purpose of crime.

All transport services use air, land, and/or electronics to deliver goods, mail, and parcels. Each of these conduits are considered necessary for interstate commerce, and therein lies the legal opening for federal jurisdiction.

Simply using a cell phone to hire someone for a hit can be a federal felony by virtue of towers and satellites being used to relay the message. Those communications travel over state lines.

Defense lawyers Tad Nelson & Amber Spurlock know how high the stakes are for people facing the challenges of a federal murder trial. Our Houston federal criminal law attorneys are extensively experienced with fighting federal prosecutors on their home turf, and winning.

Attorney Amber Spurlock is a former Special Assistant Federal Prosecutor and knows how the systems works. Attorney Tad Nelson is a Texas “Board Certified®” criminal lawyer and is among the best criminal defense lawyers in Texas.

If you need our help don’t hesitate to contact us. We’re here to help.