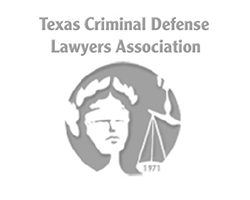 Getting to Know Amber Spurlock

Attorney Amber R. Spurlock has served her country in more ways than one, and continues to do so as a criminal defense attorney. Formerly a Captain in the United States Air Force, Ms. Spurlock knows what it means to fight, and knows the level of dedication it takes to win. As a federal criminal defense lawyer, she’s continues to be guided and complimented by the winning culture of her experience with the United States Armed Forces.

While a Captain in the United States Armed Forced Amber served as an Active Duty Assistant Staff Judge Advocate General (JAG officer). In this role she began her career as an attorney for the United States. As a federal prosecutor, Ms. Spurlock fulfilled her role by prosecuting criminals within the military as well as those who committed criminal acts on military installations.

Attorney Spurlock received her license to practice law in 2007 after earning her law degree from the South Texas College of Law in 2007. She remains dedicated to continuing her education to remain sharp for clients of The Law Offices of Tad Nelson & Associates. She’s currently studying for her Master of Science degree with the University of Florida (online) where she also majors in Forensic Toxicology.