Sex crimes can occur online and offline. In fact, the rise of the internet and smartphones has provided new venues and tools for committing sex crimes. Whether an offense occurs in an online space or in the physical world, it is a federal crime.

Many of the individuals who are charged with online sex crimes are not actually guilty. These individuals might have had their devices compromised or obtained used devices without being aware of the content contained within them, such as child pornography. A sex crime conviction can result in serious penalties like jail time, fines, and mandatory registration with the Texas Public Sex Offender Registry.

Being involved in any of the above, whether through ignorance or intent, can result in criminal charges under Texas and federal law. 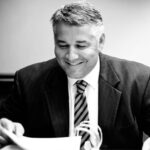 Other online sex crimes can carry heavy penalties as well. In Texas, prostitution and patronizing prostitutes are both Class B misdemeanors. Pimping or promoting prostitution is a Class A misdemeanor, which can be punished by up to one year in jail and/or a fine of up to $4,000.

Multiple factors can play into the severity of an individual’s sentence. For example, although all prostitution is illegal, a defendant may face greater penalties if his or her offense involved soliciting sex from a minor. Talk to your lawyer about all of the factors present in your case to determine the right legal strategy for defending it in court.

It does not mean you are guilty. Further, being guilty does not mean you should have to face the maximum penalties for your offense. Learn more about your legal options and your rights during your initial legal consultation with our team of federal defense lawyers at The Law Offices of Tad Nelson & Associates. Led by former United States prosecutor Amber R. Spurlock, we are equipped to develop a strong defense strategy for your unique case.